Last week brought 2 and 3 of my Learn to Row lessons from the Minnesota Boat Club. For the first few minutes of the class we warmed up on the machines. While on one of the machines, I spent some time lost in my head fretting about my ability to row and wondering whether I would remember anything that had been taught. To catch you up, at our first lesson our instructors had us in the training barge rowing but tethered to the dock. My maiden attempt at rowing did not go as I had imagined. I thought, ‘really – how difficult could this be?’ Turns out there’s plenty you can screw up.

But onward and out to the barge we went. Our instructors, Kerry and Bruce, were liberal with their reminders; carry your oar blade forward, once in the boat never take your hand off your oar, keep the blade square to the water, etc, etc. Once out onto the water, Kerry broke us down into groups of 4 and had us start. As expected, there was a bit of flailing about but everyone seemed to get the hang of it quite quickly and soon all 12 of us were rowing (mostly!) in unison with our lead ‘stroke‘. Yay team!!

Here’s what I discovered very soon into it; I like this team sport. I like the individual effort required much like a more solitary sport such as running but because you have to match the stroke of your leader, I found I stayed more in the moment instead of getting lost in my mind with some needless thought. My brain felt scrubbed clean. Too bad those newly formed blisters kept interrupting my Zen!

By lesson 3, we just got better and better. It was a beautiful, sunny Saturday morning on the river. At times we would hit that sweet spot where everyone’s blade hit the water at the same moment – at the ‘catch‘, followed by the ‘drive‘ when the blade is in the water moving us forward, the ‘finish‘ as the blade comes out of the water and finally, the ‘recovery‘ as we all slide forward in one fluid movement.

I have 3 more lessons yet; can’t wait! Stay tuned. 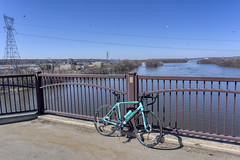 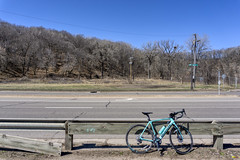 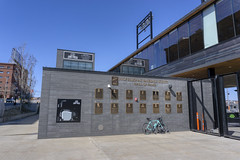