St Paul events on our radar this weekend

StPaulSpot presents a weekend round-up of events for all ages and interests. For more information on any of these featured events, make sure to click on the provided links.
On Friday, get outdoors with “I Can Fish – Fishing Friday’s”from 3 to 5 p.m. at Snelling Lake’s fishing pier. Minnesota residents don’t need a fishing license, and equipment, bait and instruction will be provided. Afterwards enjoy “Live Jazz at the Lex” from 6:30 to 10:30 at the Lexington. This week features Maurice Jaycox, who can be previewed here. Additional live music is taking place at the Artists’ Quarter starting at 9 p.m., where the talented Brandon Wozniak, Adam Linz and Eric Kamau Gravatt will be performing.

Also Friday night, one of the newest art galleries in town, located on Vandalia street just north of University Avenue , aptly called The Bindery, after the bindery housed on the main floor for decades, is hosting an opening reception.  Nyeema Morgan’s – The Dubious Sum of Vaguely Discernable Parts,begins at 7p.m. and promises to be a great place to converse about the art and arts. An artist talk will be at 2:00pm on Saturday.

On Saturday, get in some early afternoon exercise and Mississippi River sight-seeing with “Bike with a Ranger” taking place from 10 to 1 p.m. National Park Service Rangers will lead the 9 mile bike ride that starts and ends at Harriet Island. Make sure to sign up in advance, and if you don’t have your own bike (or helmet) there are loaners available. If you’d like to keep exploring St. Paul, check out the “Twin Town Tacky Tour”($24) beginning at 2:30 p.m. at the Wabasha Street Caves. Join the Gunderson’s, Gloria, Gordy, Glen or Gladys on a journey to the tackiest places in St. Paul and Minneapolis. This two-hour motor coach tour takes you to sites that no other tour of the Twin Cities would dare to venture, including the spot where shopping bags with handles were invented! Recharge from the busy day with the “St. George Greek Festival” taking place from 11 to 8 p.m., featuring a wide array of ethnic pastries and dishes, The Greek Dancers of Minnesota, Vocalist Dino Adamidis and children’s activities including face painting, games and an inflatable bouncy moon walk.

On Sunday, enjoy some local history with the World War II Walking Tour from 9 to 11 a.m. at the Fort Snelling State Park. Each tour will take a two-mile loop to the Upper Post, where many World War II-era buildings still stand. It will begin outside the historic site’s Visitor Center. Led by members of the Friends of the Upper Post preservation organization, tour groups will walk to the Upper Post to see the old barracks, headquarters and other structures that were a part of the largest military base in Minnesota. 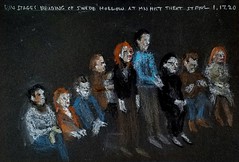 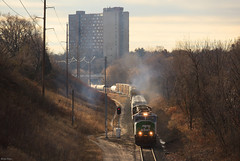 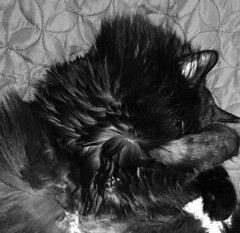