this is a copy and paste

But wanted to pass on the line up for McNally Smith’s Emerging Artist Series.

All of these concerts are free, and open to the public. They take place at our favorite music venues around St. Paul – Minnesota Music Cafe, Artist’s Quarter, Station 4, The Fitzgerald Theater, and also on the McNally Smith campus in the auditorium.

Good listening for St. Paul folks throughout the month. Enjoy.

All concerts are free and open to the public

We scrounge through a lot of sources to populate our events calendar.   Despite the long hours of content management, events continue to pop out at me as being especially intriguing in one way or another.

Here are a couple  to check out tonight.

Chris Larson & Angie Talle: Fresh off their performance at the Fitzgerald Theater at Kevin Kling’s “Scarecrow on Fire” performance, they will be singing new and old songs from The House of Mercy Band’s repertoire.

Jon Rodine: Soulful, honest, hard-working piano man, Jon Rodine is a West Bank and Twin Cities music fixture. Expect to be lifted off this earth while listening to his beautiful voice.

Brett Larson: Brett’s songs are funny, cutting, honest and always relevant. He is coming out of a musical semi-retirement to play!

And I had to learn a little more about the House of Mercy. Have to love their message “You should come -it’s not that bad.”

Maybe you went to the Social Science event at the Minnesota Science Museum and it stirred up your curiosity.  Here’s the description of this event. 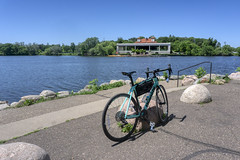 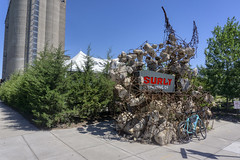 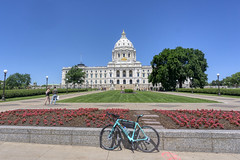