Come Together: Eight Lunches, The Best Steak and the Richest Street

At the Best Steak House

I’m not a big steak eater.  I’m not vegetarian either, but, the steakhouse is not exactly a highly accessible restaurant for a college student like myself.  However, visiting the Best Steakhouse for our final installment on Lunch on the Avenue felt like a homecoming to an old relatives’ house.  The distinction isn’t lost on me that after seven weeks of lunching across food originating from four different continents, our last stop was a purely American outfit.  And, being received by the warm welcome of Greek owner Mike Hatzis solidified everything University Avenue is about.  Even one of the more “American” fares has a touch of international flavor.  The final Lunch of the Avenue series and my attendance of the Unify University parade raised questions to carry down University Avenue, as the construction edges its way to its final phases.

But first, the steak.  For Mike and the Best Steakhouse, that process has been steeped in over twenty-five years of experience, and it’s expressed both in how the orders are asked for quickly, cafeteria-style, and, the swift ignition of fire and meat on the grill that comes soon after.  I ordered the steak and shrimp, and along with a large cut of steak fillet and five breaded shrimp, any steak order comes with a baked potato, two pieces of texas toast, and a side salad.  The steak was rich, tender, and just simply totally worth stuffing myself silly.  I don’t have much experience with steak, especially with steak specialty restaurants, but if you don’t need the cloth napkins, and you don’t mind a little sass with your service, the Best Steakhouse more than meets any steak needs.  In fact, Mike and his wife are simply part of the attraction, knowing the faces behind one of the longest running businesses on the avenue.

As I drove our group back to Macalester’s campus, I began to reflect on what we had attempted to accomplish with the program.  There were goals, with the most significant being introducing the Macalester community to these businesses and their importance in the community.  I still have my concerns that not all of the needs of the businesses will be met, as I perceive a slight disconnect between all of the new that is coming onto University Avenue and what has already been there.

Perhaps I’m just a nostalgic person.  But, my thoughts were confirmed by my visit to the Unify University Parade.  I was able to witness the parade, comprised of businesses, church and community groups, families and supporters triumphantly march across University Avenue.  It was a small crowd who were there to simply spectate, but, the group was strong.  This was especially evident when, at the Open Mic gathering at the vacant Old Home factory site, Chili Lor, a community organizer with Center for Hmong Arts and Talent, spontaneously breakdanced during a drumline performance.  It was the true voice of the avenue, different communities coming together, which is what happens every day. I just hope that people continue to notice. 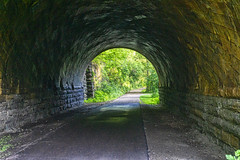 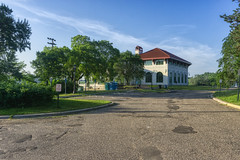 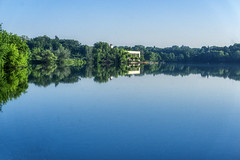