I’m sitting in  the Amore Coffee shop, a block  from the Victoria crossing mall on Grand Avenue.   If you live in St.Paul,and participate in the thriving coffee shop culture, you probably know that this Amore Coffee  location is
closing shop at the end of the month, to make way for Anthropologie.

This is one of the coffee shops that has been rightly reputed to have memorably good coffee.  It’s goofy to think that good coffee at a coffee shop bears remarking on.  I recently read a review of bad coffee shops in Heavy Table. While slamming the poor brew at a couple St Paul brew purveyors, an off-hand mention was made that a perfectly good cup of coffee was available as close as Amore.
But this is not about the coffee.  This is  about coffee shop culture, and Amore is one of those places where people come to work, meet and linger.  Real life happens here; it’s palpable.  I like to come here to grab the wireless and along side it, to ride on the brainwaves of the productive people sitting around me.  I’m waiting for scientific proof that productive brain waves are contagious, carried like some psychic string in a place like this.   It’s hard to have writer’s block in here.  And actually, I just had a hard time remembering the phrase, “writer’s block”  And just as quickly remembered the name of  a hotel I couldn’t for the life of me conjure up yesterday while driving –  though I’ve  stayed there half a dozen times. The Broadmoor. See.
Even brain waves are beside the point.  In Amore there’s a psychic soup of kindness stirring in the interactions between the patrons and the luckily 20 somethings who grind the beans.  A conversation about Andes mints just took place – and to the assertion that the 50 something client had never heard of Andes  mints, (“you know, thin, and rectangular, with green in the middle”)  the waitress  cried out joyfully “Shut the front door!”  Stupid me, had to look up the term in the Urban dictionary , I thought it was so charming. And given the context, I doubt very much that she had a copy of the dictionary close by.

A slim man in his thirties just walked in to inquire if he’d possibly left his power cord for his computer there.  He was gratefully reunited. Another satisfying transaction, at the soon defunct neighborhood joint.
The other waitress is cleaning up the creamer bar.  The end of her ponytail is a bright, cherry red, as if it had been dipped in an ink pot.  It’s  amazing to see how they tend the place in its death throes.

A short jazz trumpet riff from NPR is piped in through the sound system.    The young man sitting next to me  spent a few minutes rubbing a coin over a lengthy lottery ticket and now is jabbing away on his Blackberry.  A law student, who reported half an hour ago to someone over the phone that his grades were “medium” has stopped the tandem phone calls he was executing between a  family member  and his  girlfriend and has settled in with his laptop to work on keeping up his medium grades.

Cold spring air stirs up the room as people walk in and out. By the time it is warm out, Anthropologie will have moved in, with its well made baubles from China, Indonesia and other points on the flat World.

Amore Coffee has a location on Smith Avenue,  on the West Side of  St. Paul. They feature  local artists in a rotating gallery,(currently the highly esteemed Rhea Pappas and Megan King)  as well as local music several nights a week. 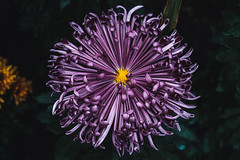 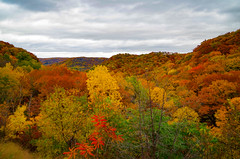 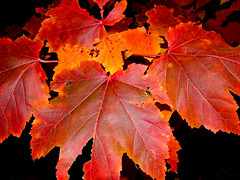